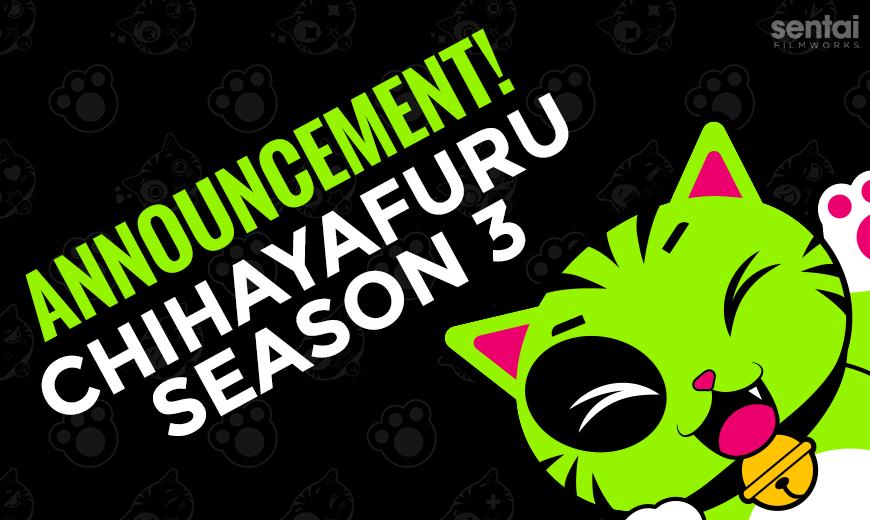 HOUSTON, TX — [December 2, 2019] — Sentai Filmworks announced today that it acquired distribution rights to the third season of the Chihayafuru franchise for the United States, Canada, United Kingdom, Ireland, Australia, New Zealand, Netherlands, Spain, Portugal, Scandinavia and Central and South America. The 25-episode follow-up to Chihayafuru and Chihayafuru Season 2 centers on ultra-competitive karuta enthusiast Chihaya Ayase as she climbs to the top of the karuta heap.

They may have just won their most coveted karuta tournament, but members of the Mizusawa karuta team still have a long way to go. Each member chases their dreams, and with a win under their collective belt, those dreams are closer in reach than ever. Chihaya Ayase is determined to challenge Wakamiya Shinobu and win the title of Queen, and Taichi Mashima is ready to take on Arata Wataya now that he’s made it into the most elite of karuta players — but an unexpected revelation will deal these karuta players a hand none of them saw coming.

The series will be available to stream Fall 2019 on select digital outlets with a home video release to follow.

A Cool Japan Fund portfolio company, Sentai Filmworks is a leading global supplier of anime and official anime merchandise, distributing, and curating one of the industry’s most diverse libraries of top trending and classic titles. Sentai offers thousands of hours of content across both traditional and digital platforms and is dedicated to bringing captivating stories and iconic characters directly from Japan. With hit series that include MADE IN ABYSS, Land of the Lustrous, MONSTER MUSUME Everyday Life with Monster Girls and Parasyte -the maxim-, Sentai’s catalog continues to grow with new favorites like Bloom Into You, Revue Starlight and DEVILS’ LINE, as well as classic anime series such as Legend of the Galactic Heroes and The Big O. For more information, visit www.sentaifilmworks.com.