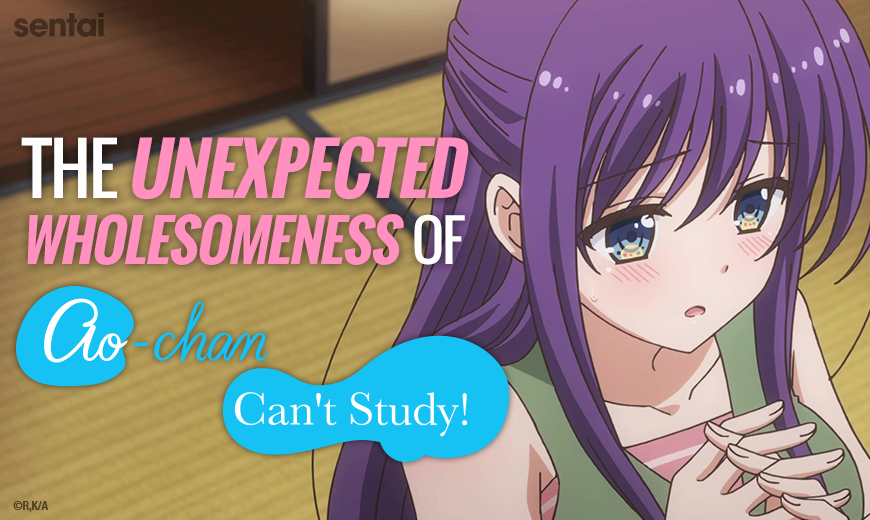 At first blush, Ao-chan Can’t Study! looks like a raunchy, short-form romcom anime about sex, relationships and the various mishaps of the titular Ao-chan’s dating life — and in many hilarious ways, that’s exactly what the anime is. Just check out the series’ summary:

Ao Horie wants to focus on school instead of pursuing romance, but there’s just one problem: Kijima, her handsome classmate, just confessed his love to her! And to make matters worse, she can’t stop thinking dirty thoughts about him!

Look. We get it. That summary doesn’t scream “wholesome” or “adorable” or “pure.” But would you believe us if we said that Ao-chan Can’t Study! is actually a pretty dang wholesome anime if you look beneath the surface?

Looks Can Be Deceiving 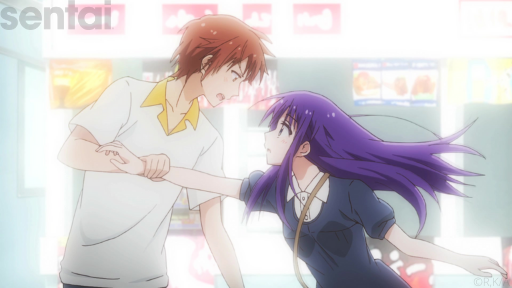 Ao-chan has an interesting home life, to say the least. Her father is a bestselling author of erotica, which has filled Ao-chan’s head with all kinds of misconceptions about boys, dating and romance. Thanks to her dad’s behavior, she’s concluded that all boys are sex-crazed perverts, and she wants nothing to do with them. Seems like a pretty standard setup for a raunchy romcom anime — but both the viewer and Ao-chan are in for a shock when they realize that there’s more going on here than meets the eye.

Confronted with the zany notion that boys are — le gasp! — actually capable of being nice and respectful, Ao-chan has to reevaluate her misconceptions and assumptions as she grapples with her growing feelings for her classmate, Kijima. It’s a lesson in humility and in overcoming internal biases that results in a wholesome change of heart in our heroine, one that defies the expectations normally set for short-form comedies.

Kijima is Best Boy AND WE STAND BY THAT 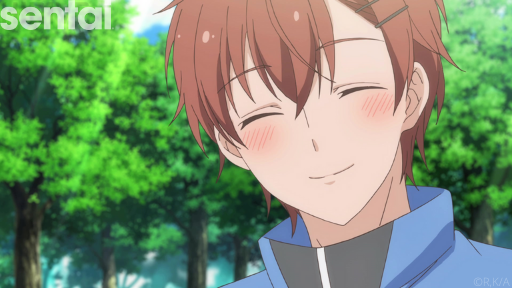 But why does Ao-chan change her tune about boys? It’s all because of the series’ Best Boy, Kijima — a person whose presence should be heralded by a chorus of singing angels whenever he walks into the room.

We’re gonna be blunt: Kijima is the Best Boy to end all Best Boys. We know, we know, those are fightin’ words. But Kijima’s sweetness and gentle nature are worth celebrating. He’s a stand-up guy who respects and honors Ao-chan’s decisions and autonomy. In practically every episode, we found ourselves going “d’awwww!” over something Kijima said or did. It would be easy for him to take advantage of Ao-chan’s wild fantasies, but Best Boy Kijima wouldn’t even dream of it.

Case in point: When Ao-chan’s skirt gets tucked into her underwear, he doesn’t leer at her backside or make fun of her. In fact, he spends the better part of the episode trying to figure out how to tell Ao-chan about her wardrobe malfunction without causing her undue embarrassment or making her feel uncomfortable. Someone with that much consideration for someone else’s feelings is top Best Boy material in our book!

If you want to check out the scene yourself, our friends at HIDIVE have the receipts: 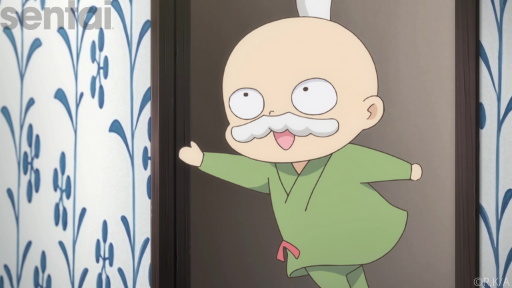 Ao-chan’s father is… well, he’s something, all right, and it is NOT the series’ Best Boy… or even dad! His occupation has caused Ao-chan a ton of trouble and embarrassment, and when he meddles in her love life early in the series, you have to wonder why he’s so obsessed with his teenage daughter’s romantic relationships. But as the series progresses, we see a new side to Hanasaki Horie that changes our perception of him (or at least makes his scheming a bit more tolerable).

Ao-chan’s father wants Ao-chan to be happy, and he meddles because he fears her reluctance to socialize will result in loneliness and repression. Even though he expresses love for his daughter in weird (not to mention inappropriate) ways, he just wants Ao-chan to live her best life and not live in fear of her own emotions. Episode 10 provides the best example of this, when he joins the school cheer squad to encourage Ao-chan during the sports festival and makes an effort not to embarrass her at school.

(Spoiler: He fails. Spectacularly. But at least he tried!)

Fall in Love with this Unexpectedly Wholesome RomCom Anime 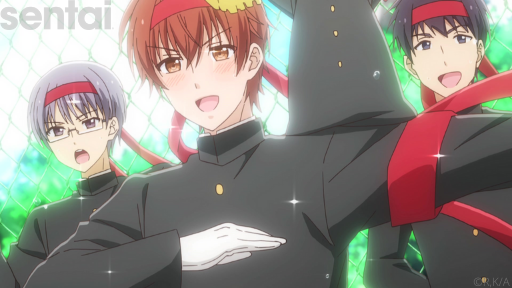 If you’re looking for a hilarious anime that defies genre expectations, Ao-chan Can’t Study! might just be your perfect match! Not only will you get a deceptively wholesome anime, you’ll also get a romcom anime with a hilarious sense of humor, a banger of an OP, and a Best Boy to rival every other Best Boy ever. There’s a lot to love about Ao-chan Can’t Study!, so put on your reading glasses and get to studying this unexpectedly wholesome anime today!

Want to check out Ao-chan Can’t Study! for yourself? Snap up your copy of the Blu-ray and let us know what you think by tagging @SentaiFilmworks on social. And don’t forget to sign up for our newsletter!